Multiple sclerosis information – Multiple sclerosis is a neurological disease that involves an inflammatory process at the level of the central nervous system. The disease causes dysfunctions of the body’s nervous cells (neurons), due to destruction of myelin, a substance that surrounds the neurons. Myelin is vital for the proper activity of the nervous system, as it facilitates the transmission of information between neurons. When the nervous cells’ myelin-containing membrane is damaged, the innervated tissues of the entire body can be seriously affected. Due to destruction of myelin, multiple sclerosis can cause dysfunctions of the musculoskeletal, sensorial and cognitive systems. Sometimes, the disease can also affect the activity of the internal organs (kidneys, gastrointestinal tract). People who suffer from multiple sclerosis can in time develop neuropsychological conditions, such as depression, mania or dementia. 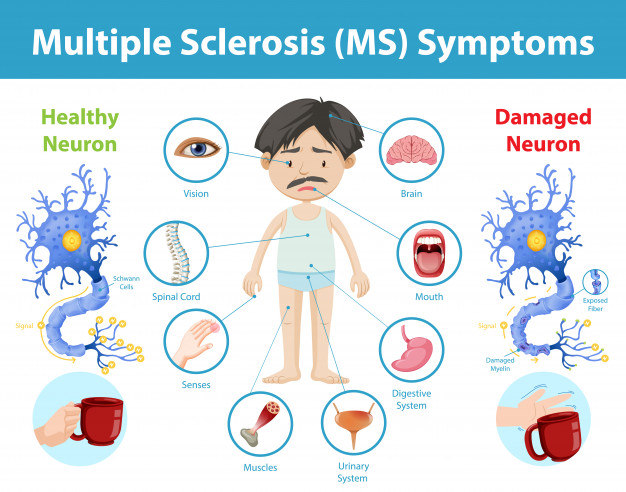